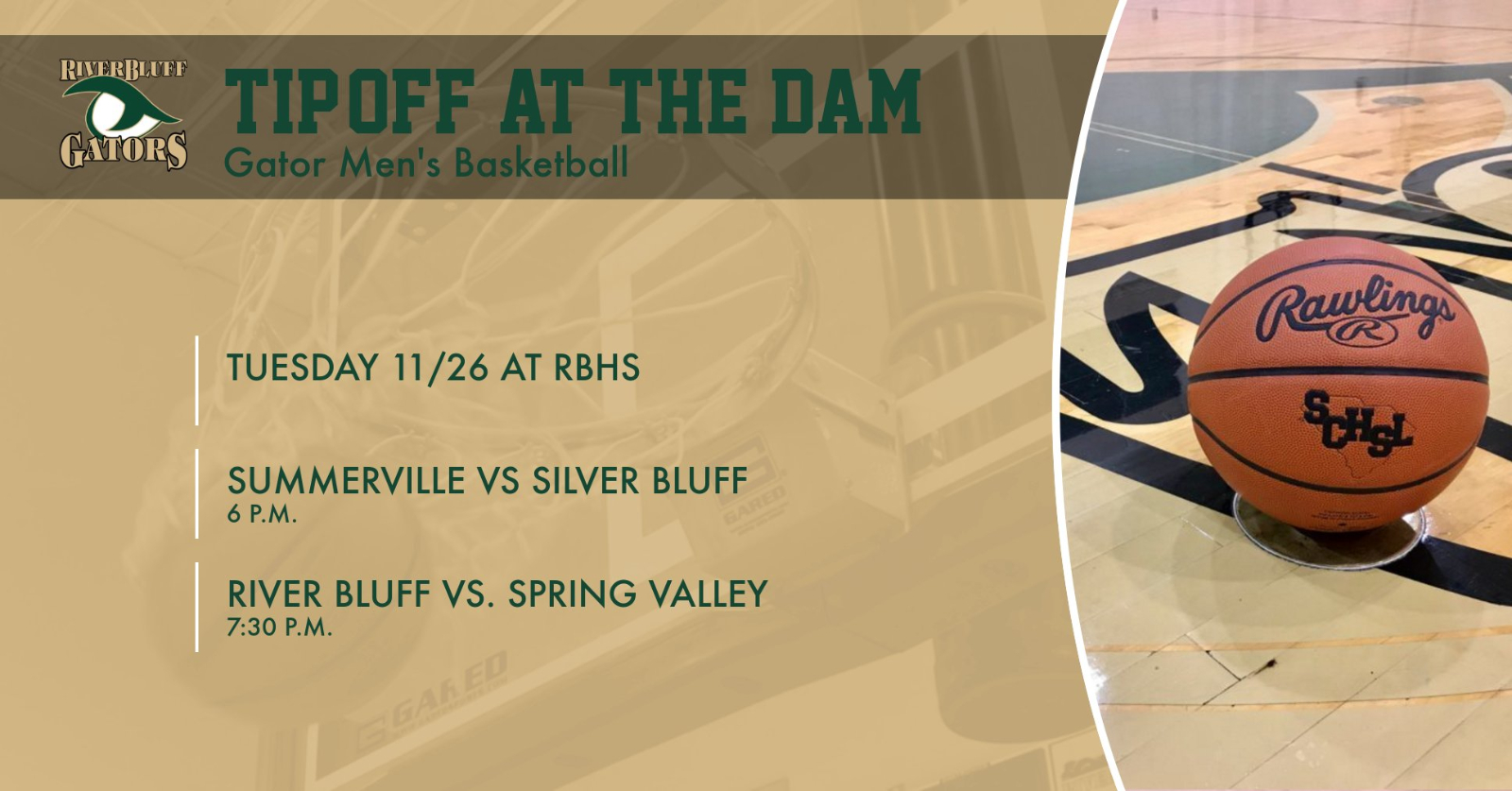 Game one of round one action of the Tipoff at the Dam Preseason Tournament at River Bluff High School offered up a thrilling finish as the Spring Valley Vikings sank a 3-pointer at the buzzer to defeat the Summerville Green Wave 44-41. In a tight back-and-forth contest that featured an early lead by Summerville and a second quarter comeback by Spring Valley, the game was in question until the final horn sounded. Summerville found themselves down 41-40 and failed to convert a short, but contested, 2-footer. They quickly got another chance when a foul sent a Green Wave player to the line with 2 shots. Only knocking down the second shot, Summerville tied the game at 41 with five seconds and some change remaining in the game. The Vikings drove the floor and hit a shot from behind the arc as time expired to give Spring Valley the victory.

In the nightcap, River Bluff came out firing on all cylinders and used their size and quickness, spreading offensive output around plenty of players, to bury the Silver Bluff Bulldogs 81-39. While the Gators had lots of offensive contributors, their defense stifled the Bulldogs, allowing very few second shots and shots in the paint. On the offensive end, River Bluff had their way on the offensive glass, converting numerous second shot opportunities.

As a result, Summerville will play Silver Bluff in game one Tuesday night at 6 P.M. and River Bluff will take on Spring Valley in the last game at 7:30 P.M. Both games will take place at RBHS. Across the dam at Chapin High School, action continues as well. Tomorrow’s results will determine the pairings for Wednesday’s games among the eight teams competing in this year’s Tipoff at the Dam Preseason Tourney. All 4 games will be played at Chapin High School that day and will start at 3:00. 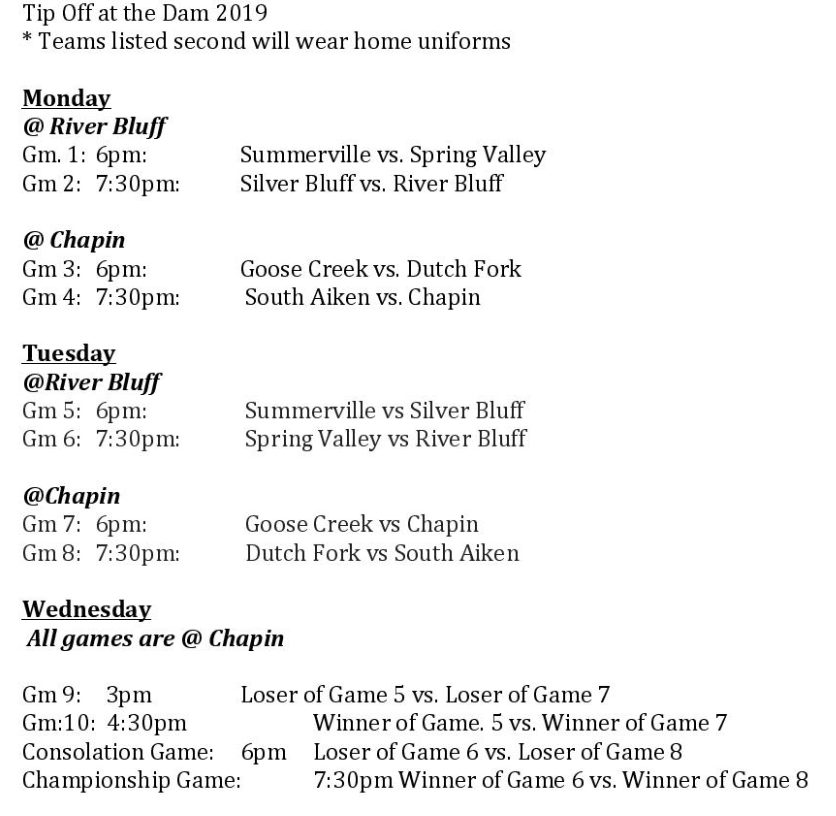