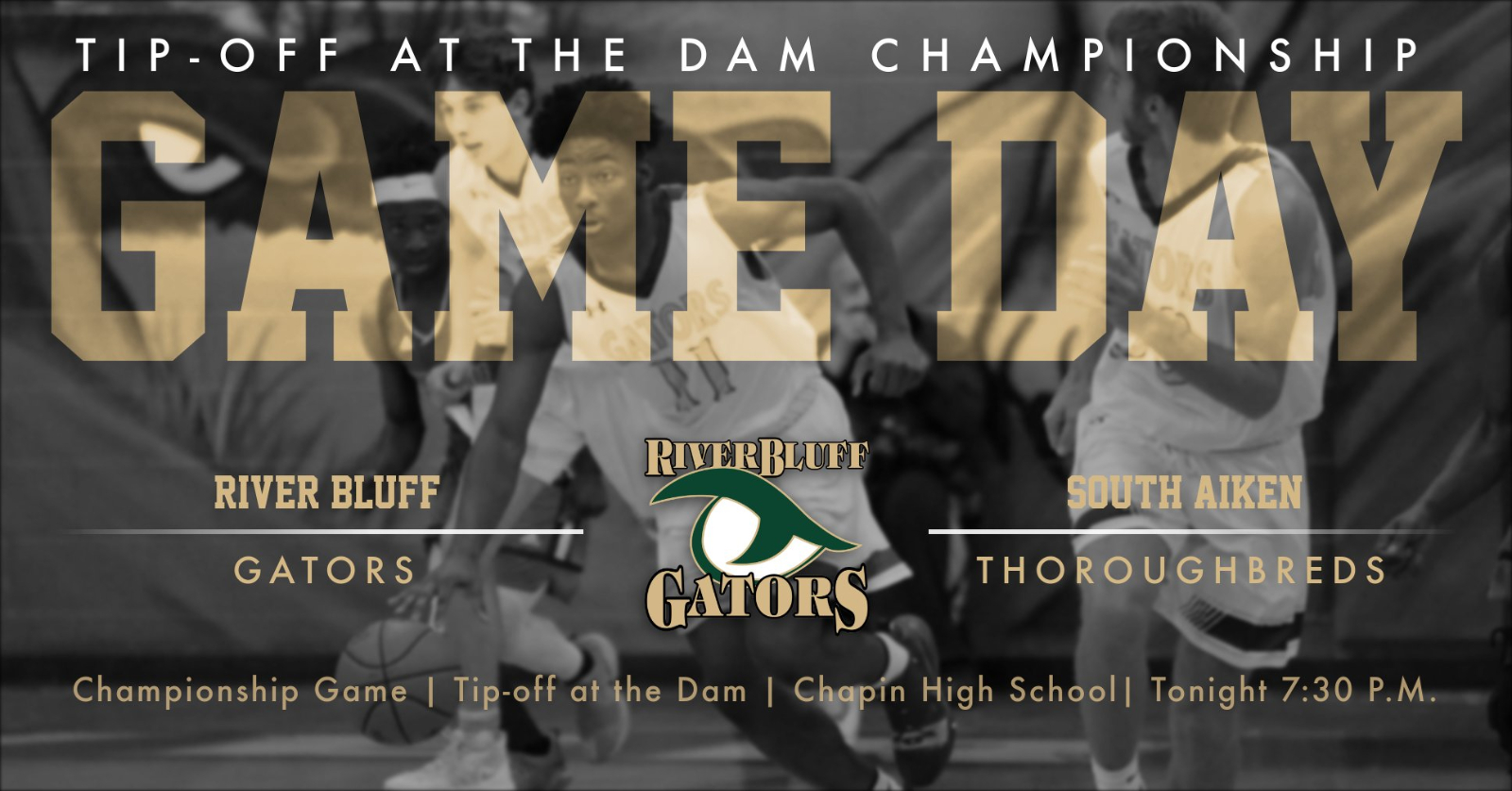 The River Bluff Gators earned a spot in tonight’s Tip-off at the Dam Championship Game with a 60-40 win last night over Spring Valley. The Gators won the RBHS Bracket, played on Monday and Tuesday nights at River Bluff High School, going 2-0 with wins over Silver Bluff and Spring Valley. They will face the Thoroughbreds of South Aiken, who defeated Chapin and Dutch Fork in the CHS Bracket played at Chapin High School. Today’s slate of games start at 3:00 when Silver Bluff faces Goose Creek. The 4:30 game will feature Summerville and Chapin and will be followed at 6:00 by Spring Valley and Dutch Fork. The championship matchup is set to tip at 7:30 P.M. All games today will be held at Chapin High School. 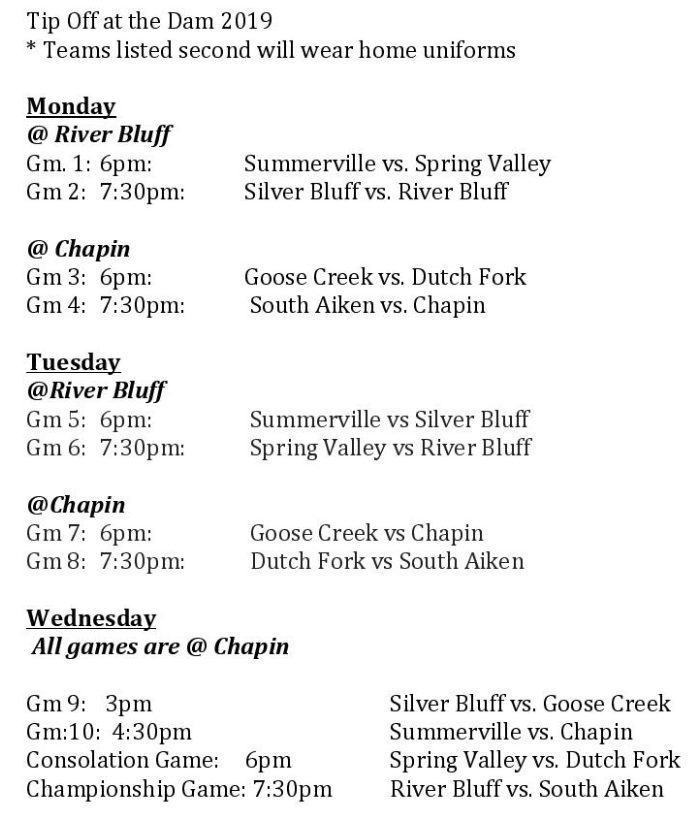