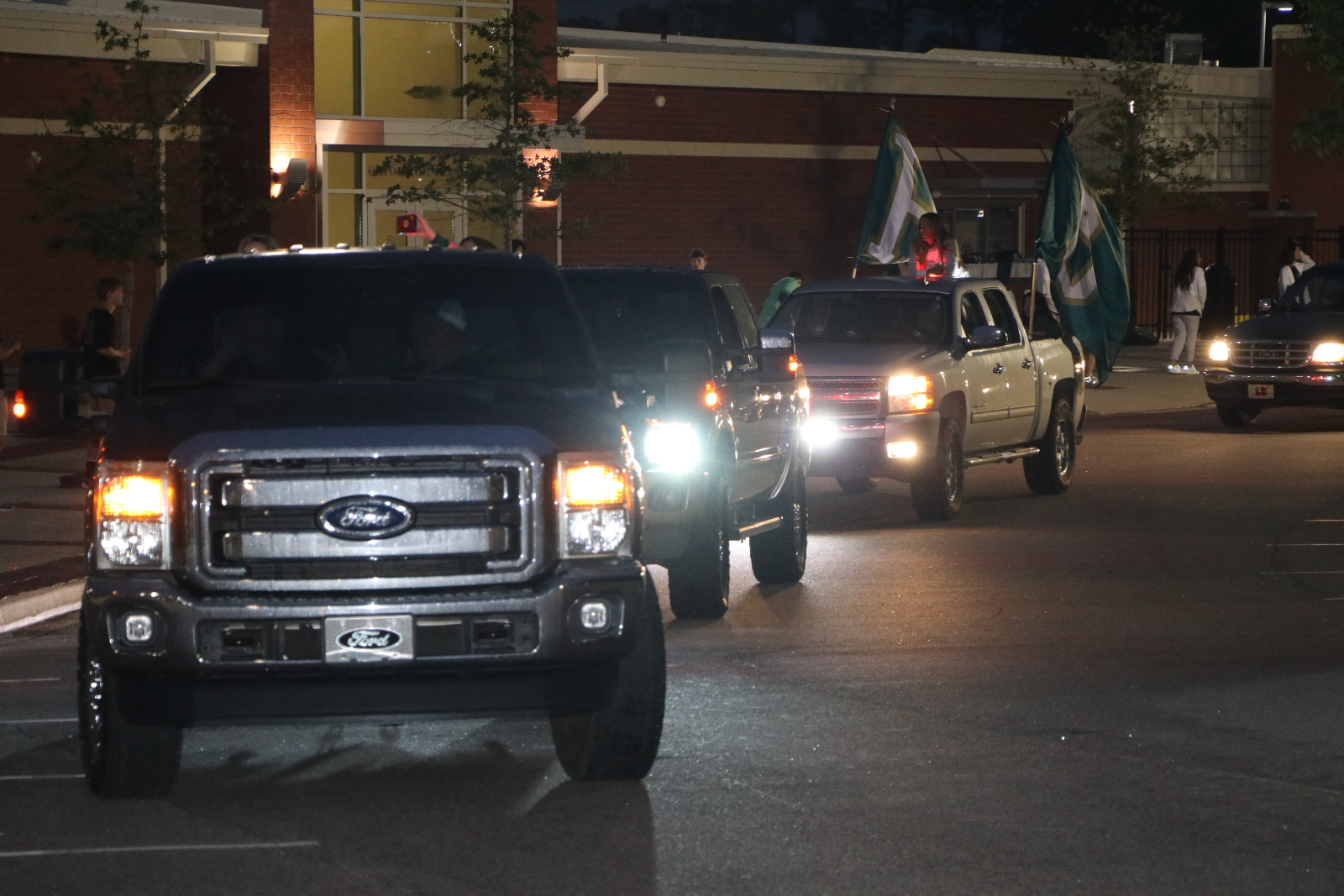 As a hazy mist settled over the campus of River Bluff High School during the early evening of Wednesday, May 20th, The Swamp – RB’s football stadium and outdoor athletics facilities – began to look like…well…The Swamp – a fitting environment for a Gator celebration. This was the evening set aside to honor 64 spring sport athletes who had the lights turned off early on their senior seasons thanks to the COVID 19 pandemic. A little dreary weather was nothing more than a minor inconvenience in a spring season plagued by a school closure and canceled sports seasons. Plus, Gators seem to shine a little brighter when they are in their element. 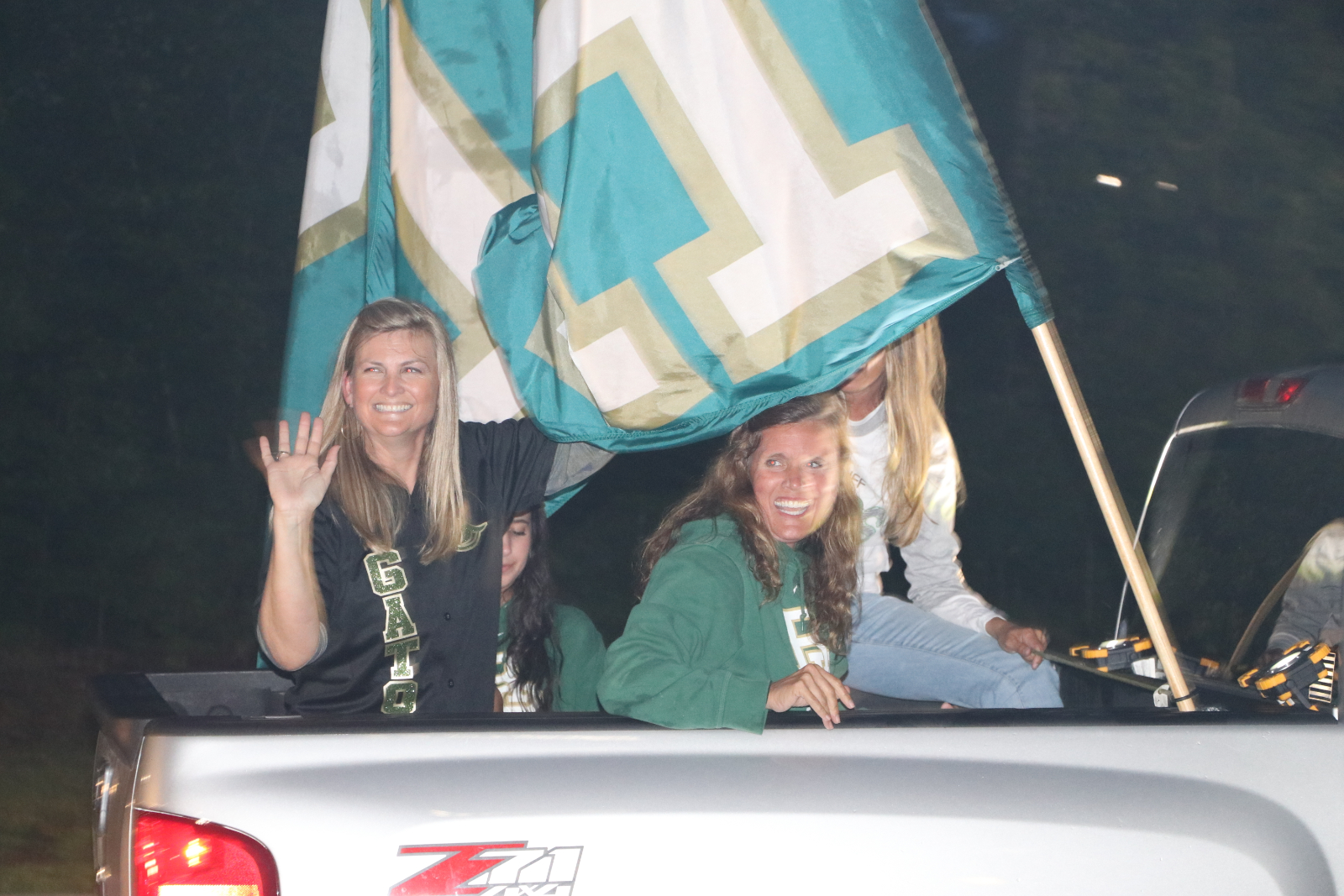 As the honorees lined the walkway from the tennis courts, around the main entrance to the football stadium, and to the outer edges of the softball outfield, the stadium lights illuminated once more. The siren of a local fire department’s ladder truck accompanied the swirling beams of lights from multiple vehicles of Lexington’s first-responders, signaling the start of a special drive-by parade. An estimated 200-plus vehicles made the route around the parking lot and slowly past the athletes, horns blaring, signs sending messages of appreciation and love, shouts of celebration, and camera flashes dotting the scene. For almost an hour, music pumped across the Swamp as cheers could be heard and tears could be seen from families, friends, and athletes alike. 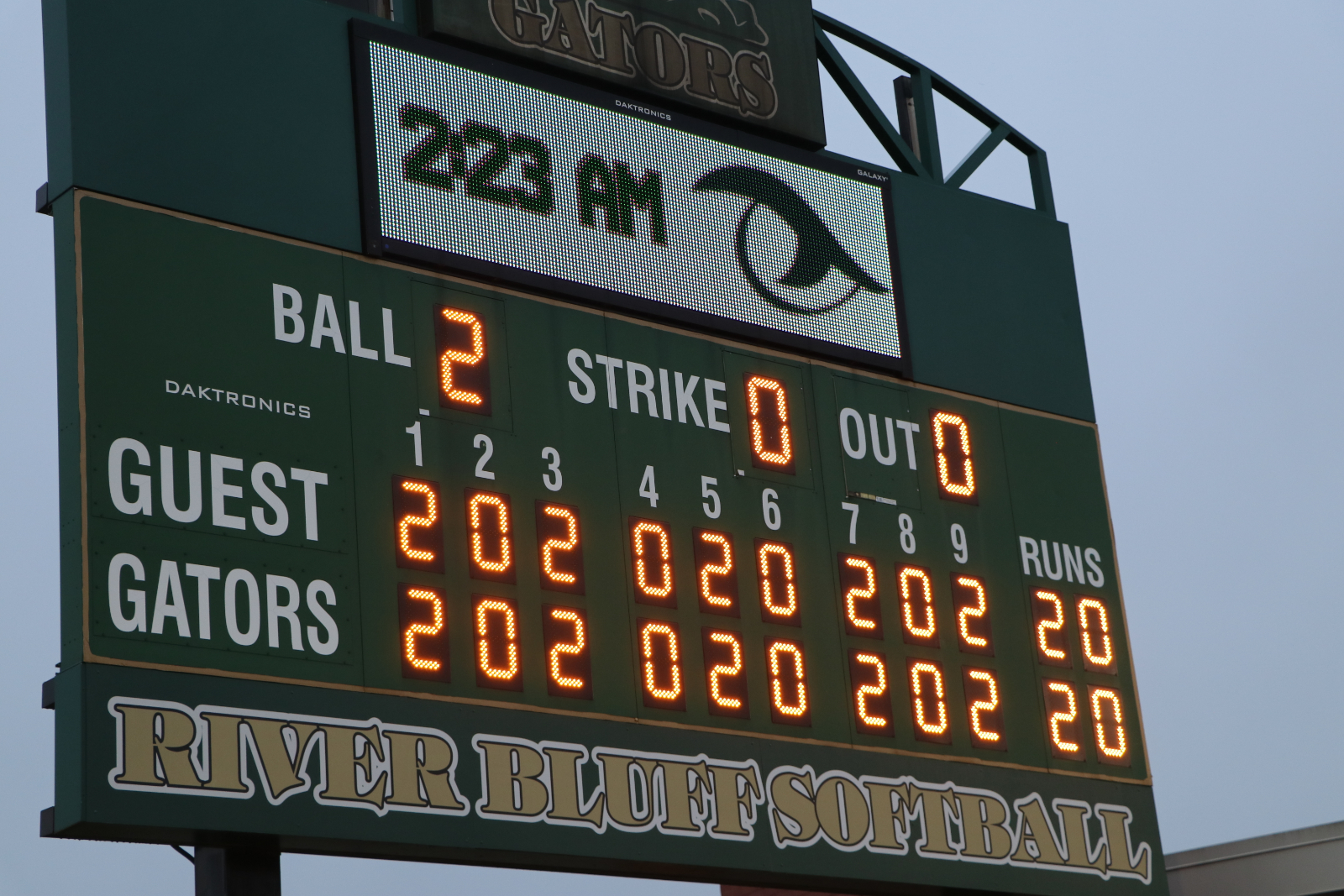 The River Bluff community is to be commended for its show of support in this meaningful tribute to a special group of Gators.

Big shout out to Bryan Vacchio, Jr., who captured the footage and Jay Overbay, who edited and produced this video (now available on RBHSGatorGameday.com) to remember the night River Bluff Illuminated the Swamp. 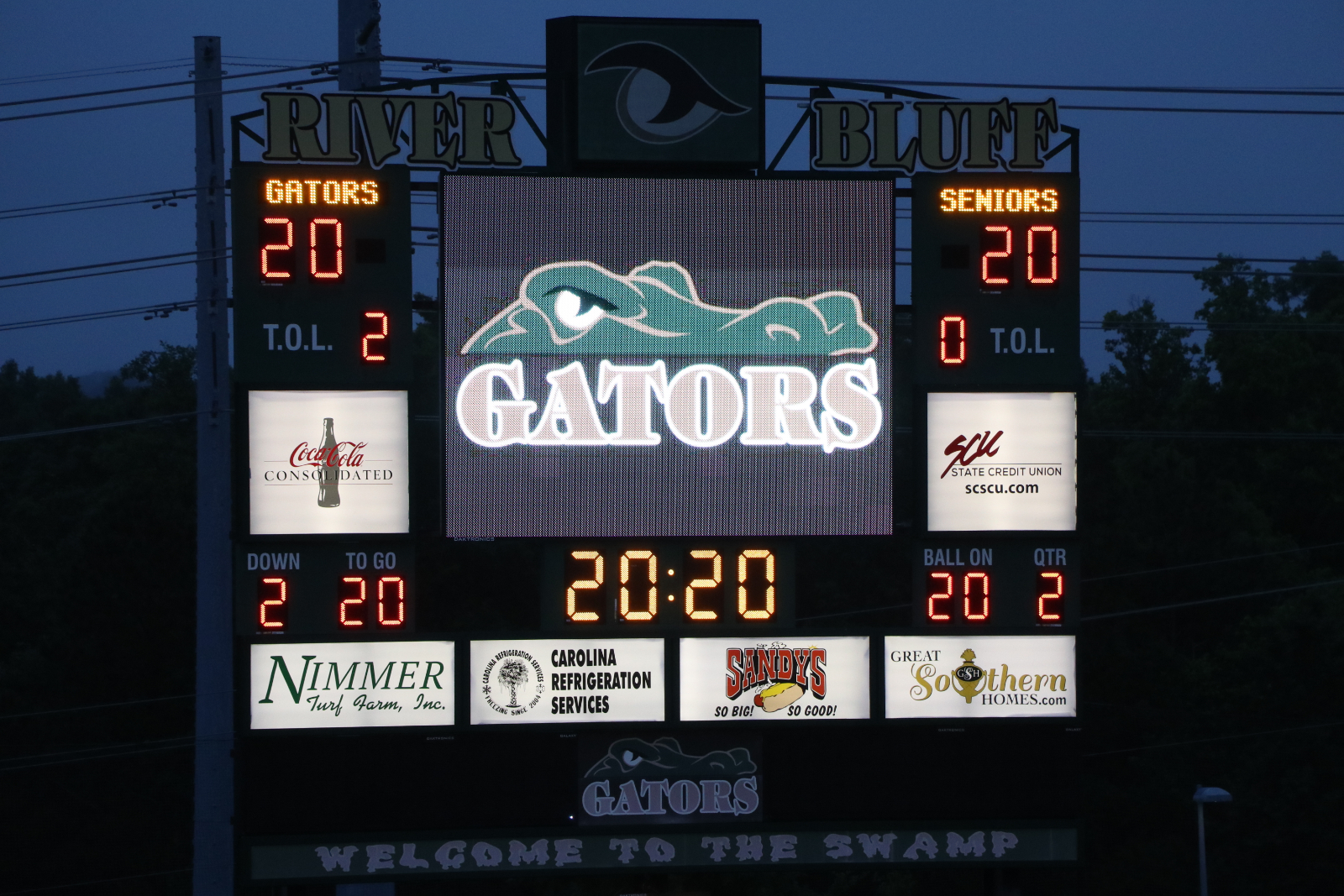 Boys B Team Baseball B at AC Flora High School