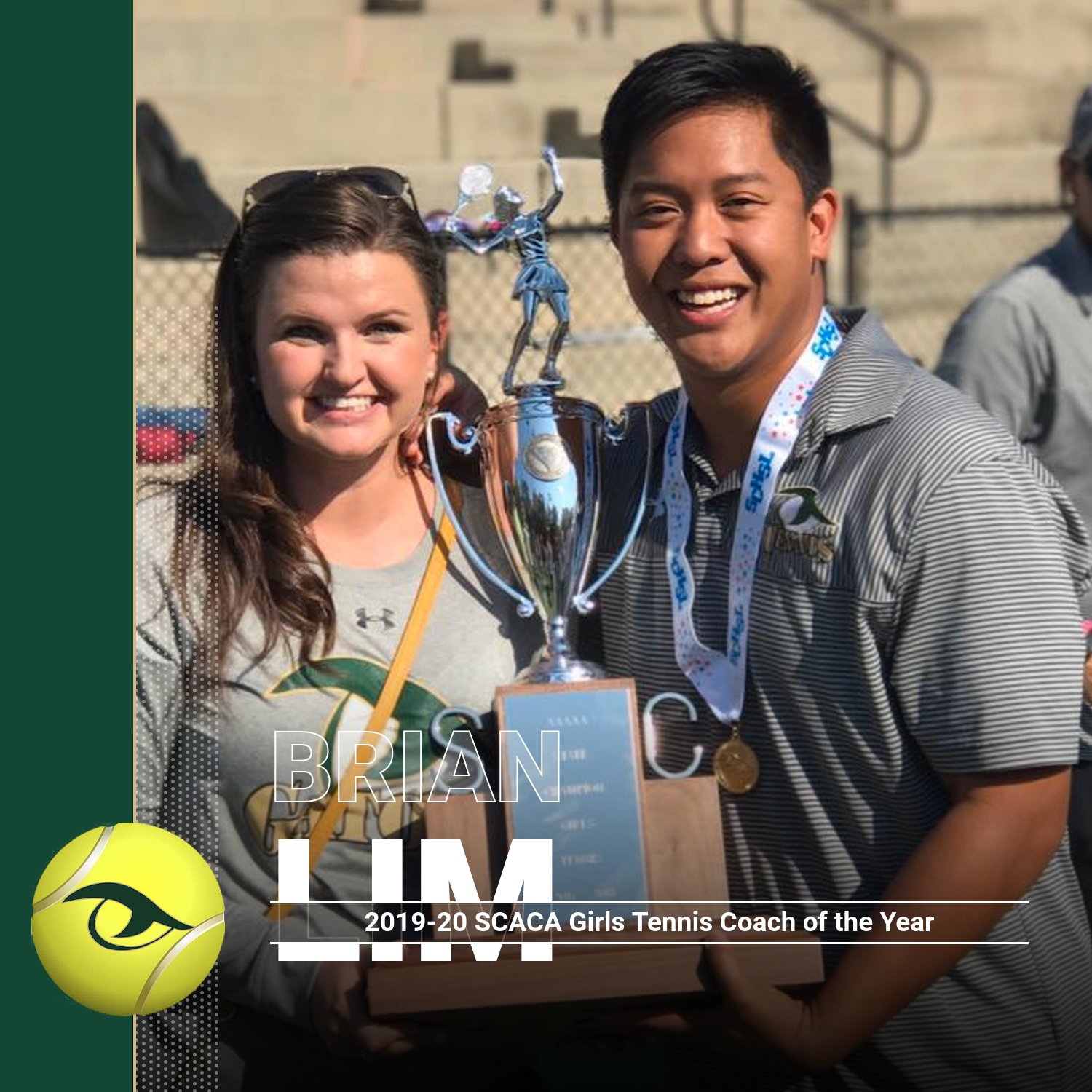 Rare is the coach who has a state championship ring. Rarer still is the coach with two. River Bluff Coach Brian Lim is that rare coach. In fact, that exceptionality is heightened even moreso by the fact that one-third of Coach Lim’s seasons as a head coach have resulted in the ultimate prize of state champion. For this remarkable achievement, Coach Lim was named Girls Tennis Coach of the Year by the South Carolina Athletic Coaches Association and on November 14th was recognized at a banquet celebrating SCACA’s 2019-20 Coaches of the Year.

Lim has coached tennis prvately since the age of 17, but has been at the helm of River Bluff’s highly successful women’s tennis program for the last six years. Those six years have seen two state championships, multiple region titles, and have produced numerous all-state and all-region players, including a state player-of-the-year award and three region player-of-the-year awards in a row. Lim attributes this incredible success to those involved with the River Bluff program. “This award is a testament to the hard work that our coaches and players have put in during the 6 years I have been coach of the program,” Lim says. He goes on to credit the River Bluff community: “Gator Nation is incredible. I truly appreciate everything the school and community have done for me personally and for my team. The support is unmatched and does not go unnoticed.” Lim adds, “We have been able to be successful because of the great people around us.”

Coach Lim has never been one to garnish recognition. Instead, he deflects any spotlight onto his players and supporters. This was evident when he received word that he had been named Coach of the Year. Recalling his immediate reaction, Lim said he felt “gracious and humbled.” Again, he directs attention elsewhere. “I have been blessed with great players and incredible support from [RBHS Principal] Dr. Luke Clamp, [RBHS Athletic Director] Coach Blair Hardin, [District A.D. and Former RBHS A.D.] Coach David Bennett, and Gator Nation.” When thinking of the award, Lim continues, “I also appreciate that my colleagues in the tennis community and in the coaches association have recognized the success of River Bluff these past few years.”

Part of what may make Coach Lim successful is his passion for the sport and for coaching those who play it. “Coaching provides me the opportunity to teach players how to enjoy the game of tennis because it is a lifelong sport,” he explains. Lim provides an even more impactful reflection when he adds, “Coaching is about building meaningful relationships with players and teaching them life lessons through sport.”

Those relationships and lesson have produced many fond memories for this young coach-of-the-year. Two of the most memorable, of course, were the state championships. Lim says that each of them were “unique and such a high point for my career.” He goes on to explain, “The first one, I felt like we were underdogs and it was such a fun journey to get to the top. The second one, we were in a different position as the favorites and it was awesome to win with a group of seniors that poured their hearts into the program.”