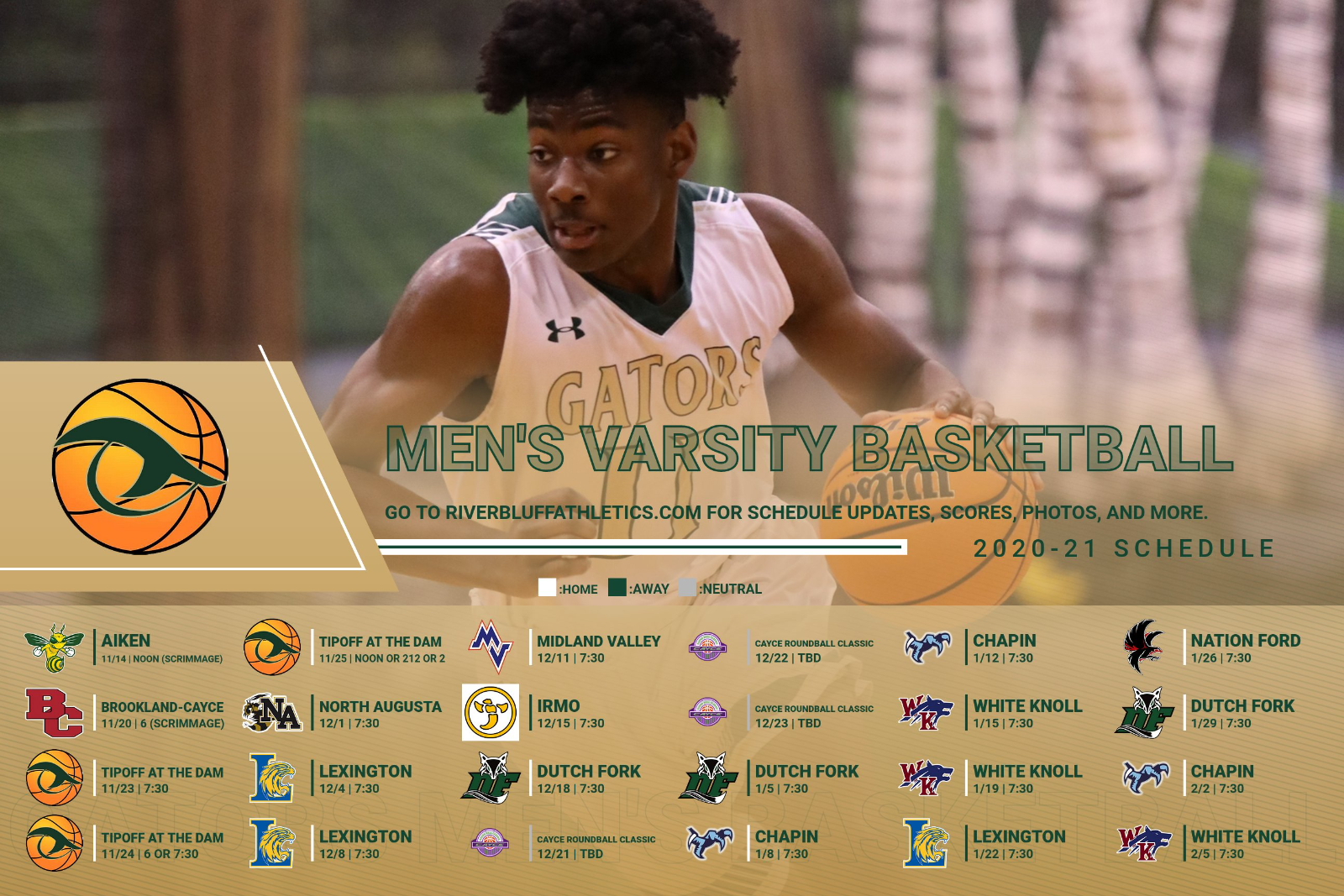 The River Bluff Men’s Basketball Program will kick off what they hope is yet another successful basketball campaign with the annual Tip-Off at the Dam Tournament, which runs Monday, 11/23 through Wednesday, 11/25.

With a schedule especially heavy with region games (teams will play each other three times, instead of the usual two), head coach Ben Lee has a pretty clear idea of what it will take to be successful this year. He says fans should expect to see a Gator squad that is “looking to compete on every possession.” That is certainly what it will take to contend in Region 5. To do this, River Bluff will rely on experience and talent. “We have a large group of seniors with a few juniors and sophomores that are ready to compete,” mentions Lee. And this group has experienced success prior to this season. Last year’s team ended the regular season with the first 20+ win season in school history and tied for the top spot in Region 5-AAAAA with Dutch Fork.  The Gators reached the second round of the State Playoffs last year as well. Because of this, Lee feels poised for his team to continue that success, hoping to “compete for a region championship and find success in the playoffs.”

Looking to lead the Gators this season are senior forwards Myles Jenkins and Malachi Reeves and guard Landon Stills. Jenkins earned Region Player of the Year and All-State honors last season, and Stills was also named to the All-Region team. Reeves was a statistical leader in a number of categories until a finger injury sidelined him for much of the season. His return will certainly strengthen River Bluff’s starting lineup on both ends of the floor.

When discussing the style of play of his team, Coach Lee points to their quickness: “We do not have size in regards to large post players, but we have a quick lineup that can give size trouble. We also have moments where we shoot the ball very well, so we hope to be able to spread larger teams out.”

All of this adds up to what promises to be an exciting year of basketball for River Bluff. Although COVID19 restrictions remain in place, fans are still encouraged to come out and support the basketball program this season and experience some exhilarating roundball action. That starts Monday night at 7:30 at River Bluff’s main gym.