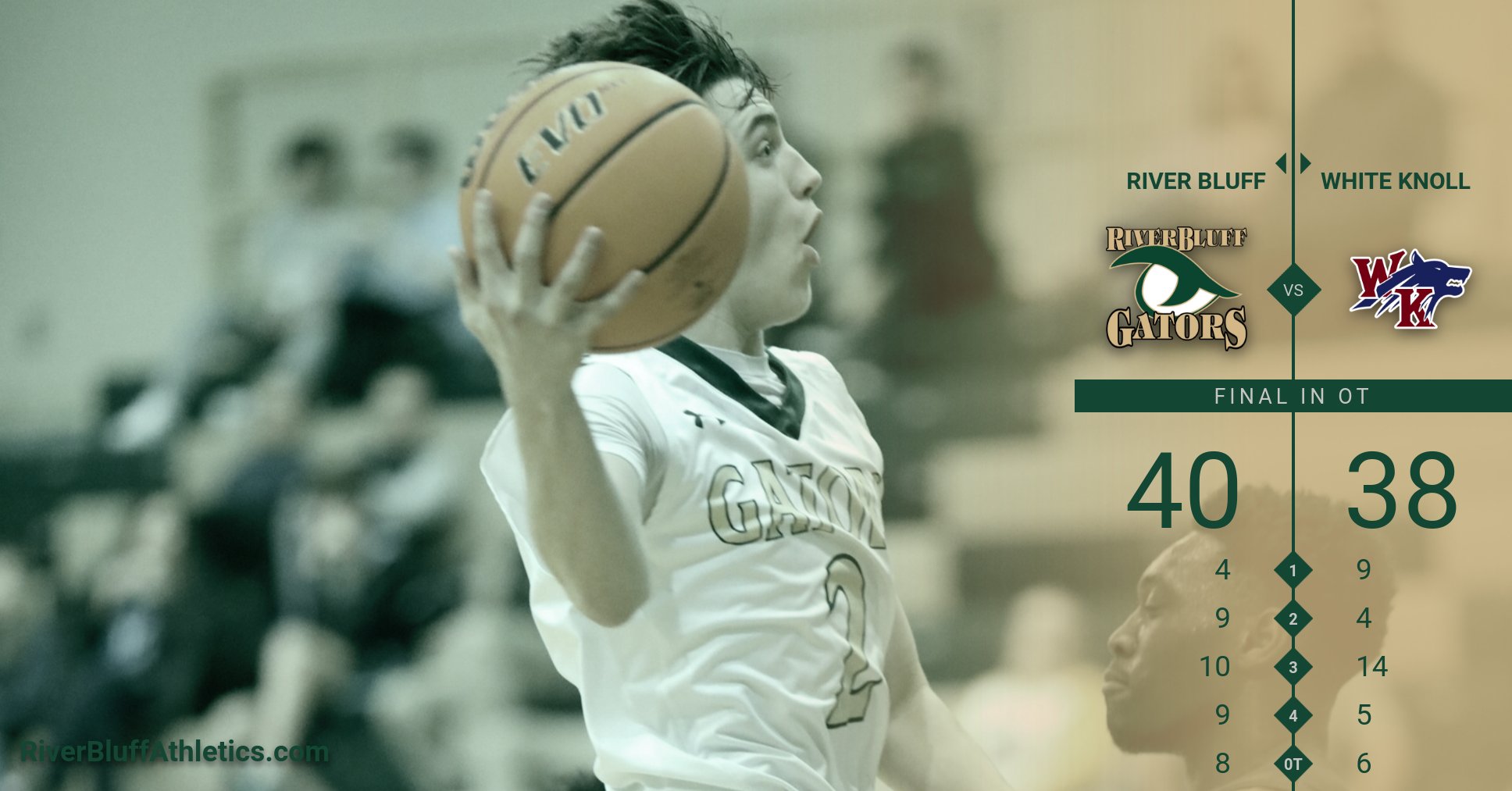 The Gators came into Tuesday night’s match-up against White Knoll with a 3-3 Region 5 record. White Knoll was one of the three region wins for River Bluff, but the Gators knew they would have their hands full on the road, on senior night for the Timberwolves.

The first half was once again dominated defense, a common characteristic of Region 5 men’s basketball games this season. At the end of the first quarter, River Bluff trailed the Timberwolves 4-9. The Gators found a little offensive life in the second quarter, and by half time led White Knoll 15-12.

Both teams found the bottom of the net a little more often in the third quarter, with a lead change in favor of the Timberwolves. At the end of three, White Knoll led 27-23.

As the fourth quarter progressed, White Knoll held the ball to run time off of the clock while River Bluff was content to stay back in their zone. The Timberwolves were only able to convert once from their ball-control offense over a 4-minute period and the Gators slowly chipped away at the lead. A couple of stops by White Knoll and a conversion on the other end, however, put White Knoll up 31-28 with 3:24 remaining. Two free throws by Myles Jenkins got the Gators within 1 with just under three minutes to go. White Knoll converted one of two free throws on the other end to take a 2-point lead at the 2-minute mark. Again, Jenkins was sent to the line and hit both shots to tie the game with 1:42 to go. White Knoll held the ball for the last shot, which was promptly blocked by Josh Cranshaw. The score was tied at 32 as the horn sounded to end regulation play.

In overtime, the Gators jumped out to a lead and held it until the 1:11 mark. They quickly recovered the lead and held on until the final 19 seconds when White Knoll tied it up. Tae’Shon Myers hit a running layup off of an inbound play with 1.5 seconds left to give the Gators the lead for good. When the final buzzer sounded, River Bluff got a big region win 40-38 over the Timberwolves.