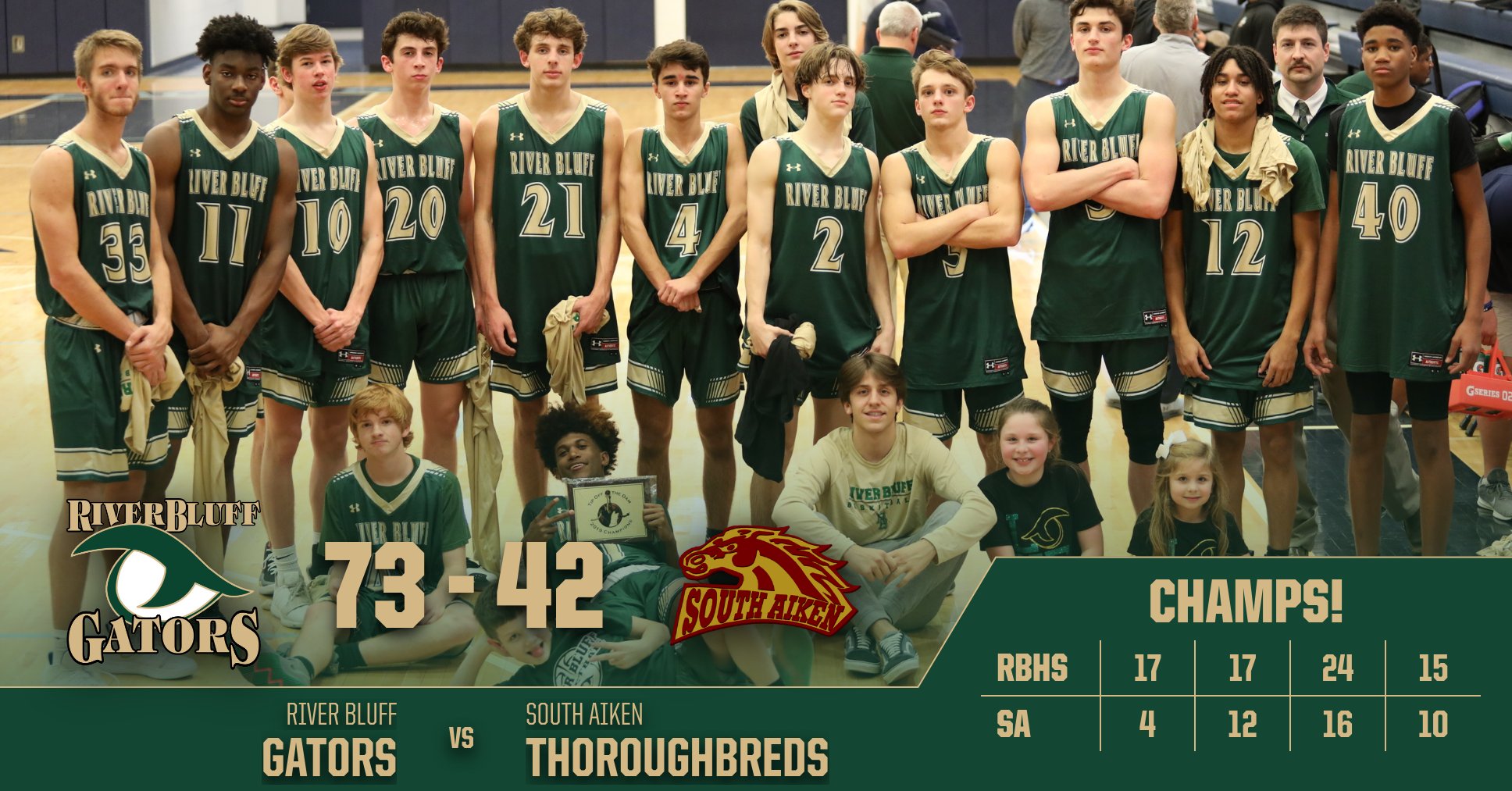 The Gators jump-started their season Wednesday night by winning the Tip-off at the Dam Preseason Tournament Championship in an impressive manner, taking down the Thoroughbreds of South Aiken 73-42.

River Bluff employed the same equation of quick ball movement, a strong inside game, and sharp shooting from 3-point land on offense, and a stifling defense built on quickness, rebounding and ball pressure that gave them victories in the first two rounds of the tourney. Led early by junior forwards Malachi Reeves and Myles Jenkins, who combined for 12 of the 17 first quarter Gator points, River Bluff jumped out to an early 13-point advantage. The Thoroughbreds could never catch up after that. In fact, the Gators won every quarter, including a convincing 24-point third.

Once again, River Bluff got major contributions from numerous players, which bodes well for the season, especially when Region 5-AAAAA play begins. This championship should help propel the Gators into the regular season on a positive note.