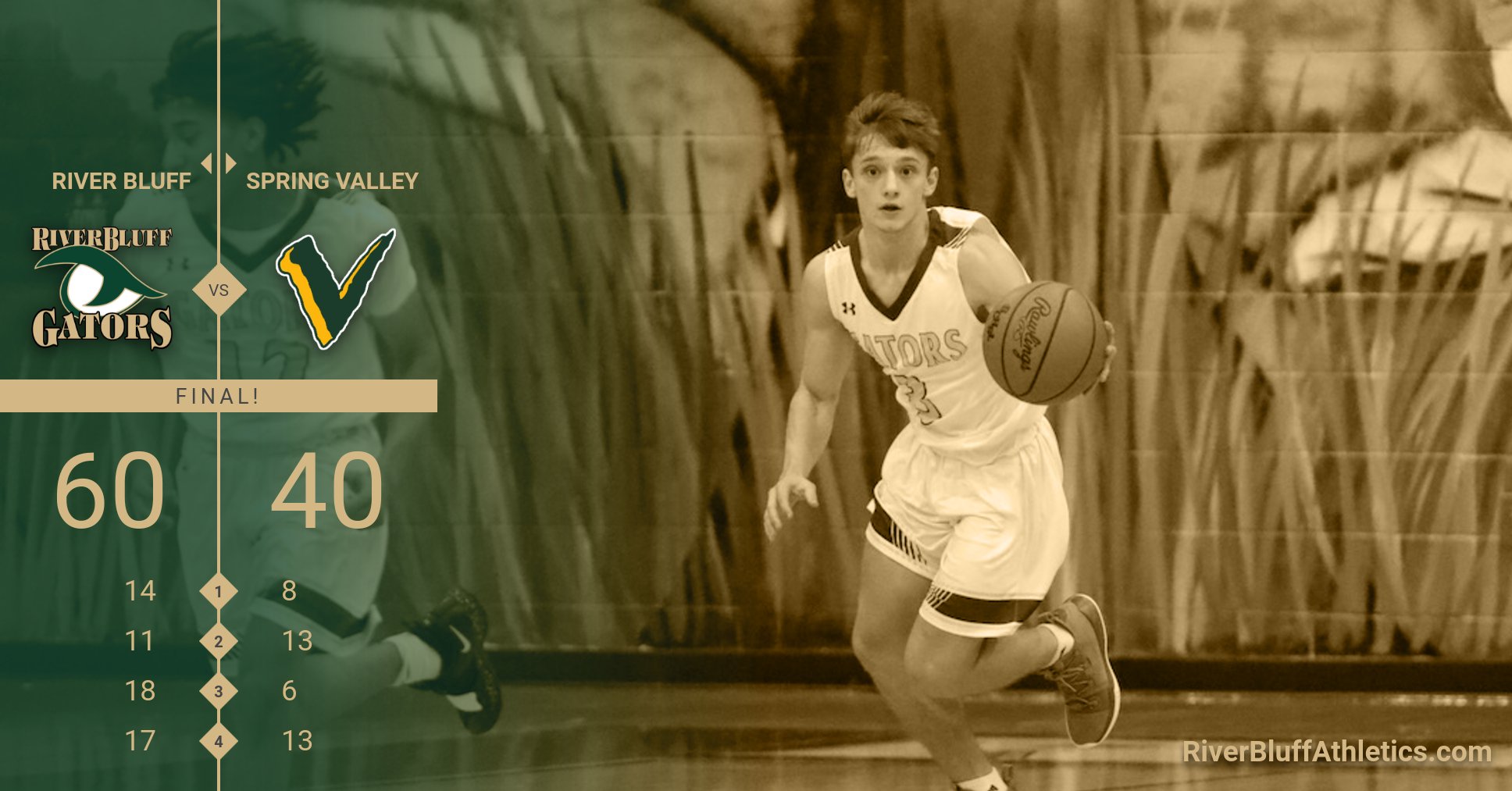 In the finale of the second round of the Tip-off at the Dam Pre-season Tourney at RBHS, the host River Bluff Gators took down the Spring Valley Vikings 60-40.

After a first half where the pace was frantic and the score was tight, River Bluff’s men’s basketball team led the Vikings of Spring Valley by four, 25-21, as they entered the locker room at the half. The third quarter saw the Gators take control, outscoring Spring Valley 18-6. From there, River Bluff never looked back, winning the game by 20 points 60-40.

As they did in their game the previous night, the Gators got offensive contributions from a host of players, using quickness, spot-on outside shooting, and beautiful board work to get the job done. Defensively, River Bluff prevented second-chance shots, caused key turnovers, and challenged nearly every shot attempt by the Vikings.

River Bluff will play in the Championship game Wednesday evening at 7:30 P.M. at Chapin High School against tonight’s winner between Dutch Fork and South Aiken.