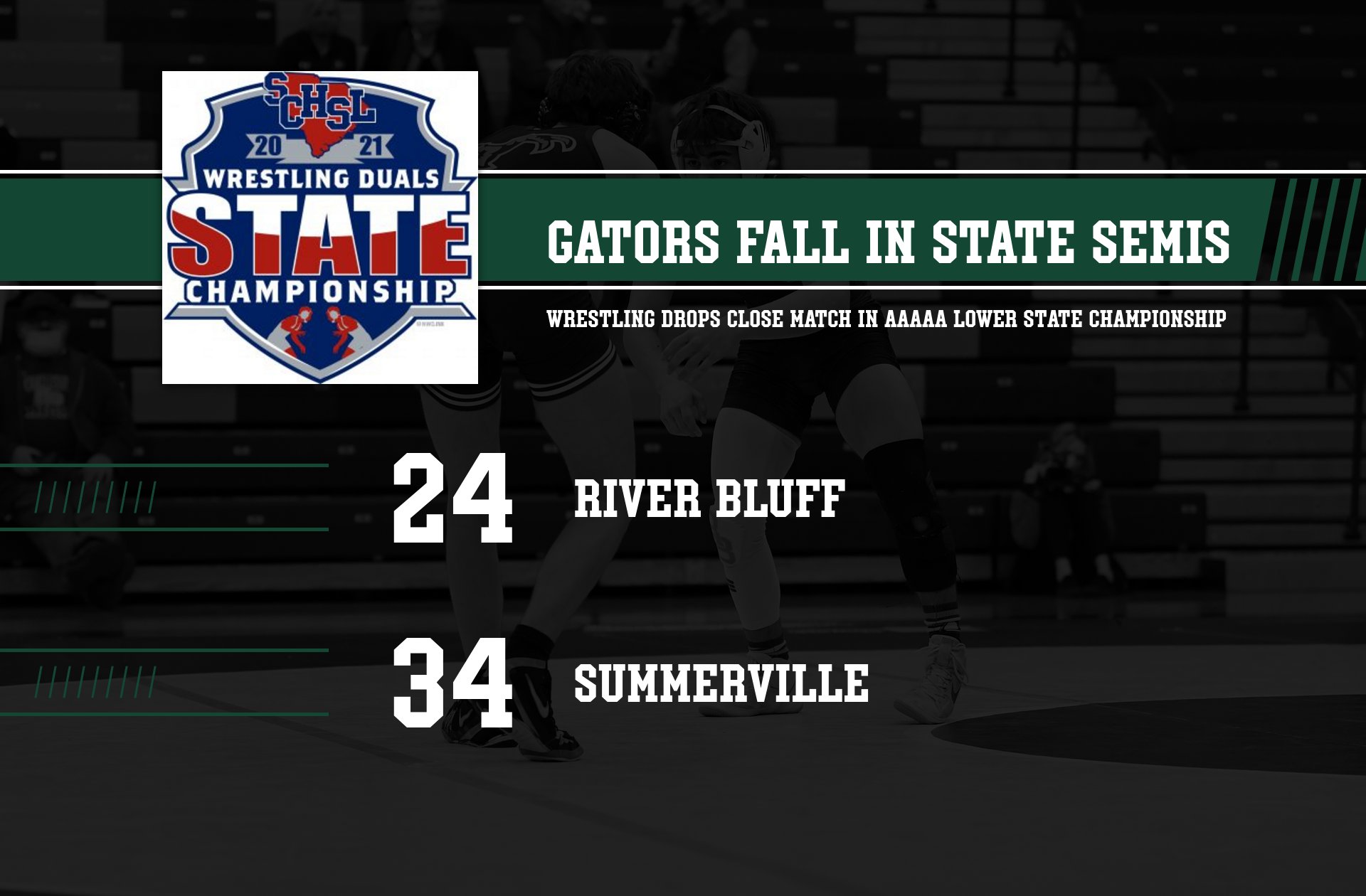 River Bluff Wrestling suffered its only loss of the season Wednesday night in the SCHSL AAAAA Lower State Championship at Summerville High School. As expected, the battle between the two perennial wrestling powers was a back-and-forth affair with numerous lead changes. At the end of a night full of suspense and excitement, Summerville came out on top and took the team win 34-24.

While the outcome was certainly not what the Gators hoped for, the season can definitely be considered a success for one of the best wrestling programs in the state. In its short eight years of existence, the Gator wrestling program has become accustomed to state, lower state, and region championships, and is always a program other AAAAA schools know they’ll probably have to contend with in the playoffs. Coach Cummings, in his first year as head coach at RB, has maintained a high level of success, highlighted by a fifth region championship in a row and another trip to the AAAAA State Semifinals. With a program built this solidly upon excellence and achievement, River Bluff will certainly be mammoths of the mats yet again next season.

Boys B Team Baseball B vs. Airport High School