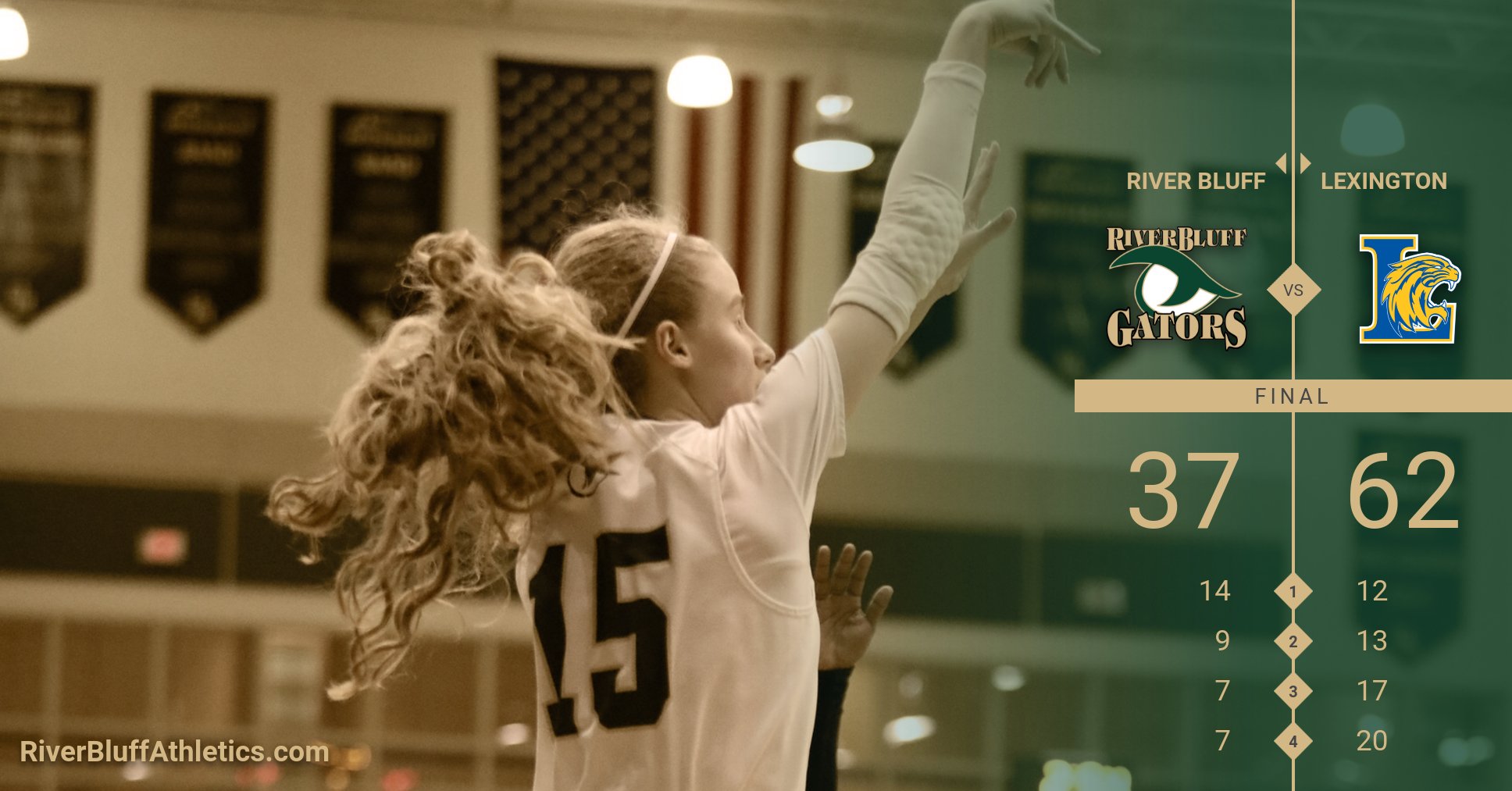 The River Bluff Gators Women’s Basketball team took on Lexington in the final regular-season game with the Region 5 championship on the line Thursday night. The Gators’ only region loss on the season came at the hands of the Wildcats in The Gator Pit earlier in the year. Winning Thursday’s night matchup on the road promised to be a tall task for River Bluff. As the game unfolded, that tall task proved too tall for River Bluff as they fell to Lexington 62-37.

The first quarter was close as both teams traded baskets. River Bluff led 14-12 at the end of 1. The two teams traded positions in the second quarter and the Gators trailed by two points at the half 25-23.

Lexington came out on fire in the third quarter, putting 17 points on the board. That combined with River Bluff’s 8 turnovers (compared to only 2 for Lexington) in the quarter allowed the Wildcats to take a 12 point lead into the fourth quarter. Foul trouble plagued the Gators in the final period and as the point margin between the two teams began to spread even further, River Bluff had to turn to three-pointers. Unfortunately, they were unable to convert enough to keep the game competitive. At the buzzer, River Bluff came out on the losing end 62-37.

While RIver Bluff was unable to earn the top spot in Region 5, they did secure second place and will host the first round of the playoffs at the Gator Pit on Tuesday Night.