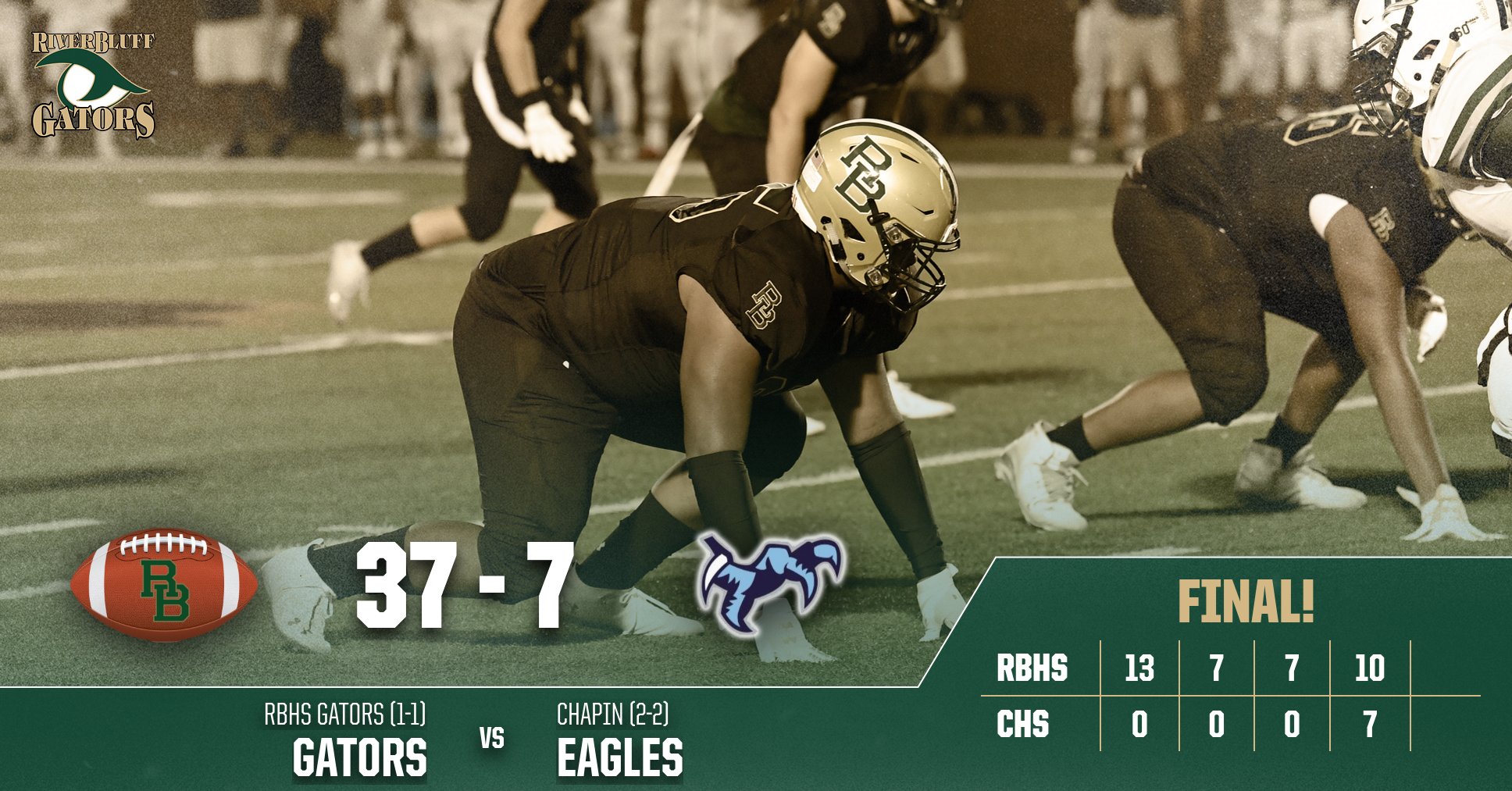 River Bluff found its offense Friday night as the Gators amassed 320 total yards, 247 on the ground, against the visiting Chapin Eagles. The Gator defense kept to its stout ways, pitching a shutout until the final minute of play. The end result was a 37-7 trouncing of Chapin in The Swamp on Friday night.

Riley Myers led the way for the River Bluff offense with 134 yards on 17 carries and a touchdown. Cooper Johns added 65 yards and 2 touchdowns, and Gray Herring gave the Gators another rushing touchdown as well.

Gator QB Jackson Stone was a solid leader in the River Bluff offense, going 8 for 12 for 73 yards and no interceptions.

On the defensive end, Adam Molnar led the way with 7.5 tackles, followed by Thomas Powell (7), Kevin Culcleasure (6), and Jakari Davis (5.5). The defense recorded 5 sacks on the night with Davis, Culcleasure, Joseph Scott, Molnar, and Preston Sansone getting in on the action. Sansone, Greg Walker, and Wyatt Proctor had interceptions; Walker returned his for a defensive touchdown.

The Gators move to 1-1 overall and in the region on the season and Chapin drops to 2-2, 1-2 in region. River Bluff will hit the road for the first time as they travel to White Knoll for another Region 5-AAAAA match-up next Friday. Game time is set for 7:30 PM.